The UK’s energy strategy for a cleaner, cheaper future

Launching the publication of its British energy security strategy policy paper in April, Boris Johnson reiterated the UK government’s position to provide safe, clean and affordable energy for British citizens. The prime minister stressed the need and desire ‘to take advantage of Britain’s ‘inexhaustible resources’, not only using natural sources of energy such as solar and onshore wind power but also boosting the UK’s nuclear power and oil and gas capacity.

Here, we look at the key pillars of a blueprint that will create many jobs and fuel demand for specialist energy skills.

Given recent global events and the increase in energy bills that is causing so much financial hardship to many millions of households, it was not surprising to discover that energy efficiency and cost savings were at the top of the government’s energy agenda. The transition away from fossil fuels and the move to renewables will form a pivotal part of a net zero green industrial revolution that is targeting 95% low carbon electricity by 2030 and complete decarbonisation by 2035.

But what does this mean for energy companies and their talent attraction strategies? To make the UK more energy independent, it was announced that nuclear projects would play a significant role in accelerating future energy plans with up to eight nuclear reactors to be built within nuclear power plants. This will help to meet 25% of projected electricity demand by 2050. Backed by considerable investment, a new body, Great British Nuclear, will be set up as will the launch of the £120m Future Nuclear Enabling Fund. Key nuclear initiatives include Wylfa in Anglesey and the new Hinkley Point C (Somerset) and Sizewell C (Suffolk) plants.

As a result, skilled jobs will not only be created in nuclear energy but also in renewables. The UK has lofty ambitions with many projects to grow offshore wind capability to 50GW by 2030, including 5GW coming from innovative floating offshore wind. This will account for over half of the UK’s renewable energy and support close to 100,000 new jobs, not to mention the many planned onshore wind projects across the UK. With decreasing costs and rapid installation, there will also be greater deployment of rooftop solar panels thanks to the removal of VAT for residential properties.

The investments in the renewables, nuclear energy and various North Sea projects will also have the added bonus of producing low carbon hydrogen, which the UK has no supply of currently. The 10GW hydrogen production target of 2030, the majority of which will be in the form of electrolytic ‘green’ hydrogen, will provide an invaluable backup energy source to power the grid if required. As well as transport and storage infrastructure models, a hydrogen certification scheme will be established by 2025 to set the quality standards for hydrogen exports and imports.

And let’s not forget about the number of North Sea projects in the pipeline! With almost 8 billion barrels of oil reserves and 560 billion cubic metres of gas, the UK can count on long term resources. At present, around half the UK’s gas needs are met domestically and the ability to produce more and attain self-sufficiency will vastly cut – by more than half – the carbon footprint of importing gas from abroad. Government investment has also been earmarked for electrifying offshore production in a bid to further reduce carbon emissions in the oil and gas industry.

According to the policy paper, 68,000 green jobs have already been created but this is just a drop in the ocean given that there will be almost half a million new job vacancies, bolstered by £100bn of private sector investment, by 2030. The number of offshore wind jobs, for example, is set to rise to 90,000 by 2030. The construction of nuclear power plants could generate up to 10,000 jobs for each facility, covering a range of energy jobs, from engineering and reactor operations to project management and commissioning. There is also the potential for 2,000 roles to support hydrogen production while simplified planning processes will mean more jobs for solar panel installers.

The measures outlined in the British energy security paper published in April 2022 set the strategy and foundations for the future of UK energy and gas. These have clearly been expedited by recent geopolitical events, the crippling rise in gas prices and energy bills alongside the urgent need to decarbonise. Huge investments have already been ringfenced for renewables such as wind, solar and hydrogen as well as nuclear power and oil and gas, generating many jobs for those looking to pursue energy and renewables careers. The challenge for organisations will be to identify and attract the talent to keep pace with the inexorable rise in the demand for energy skills.

Find out how we can support your hiring needs.

Addressing energy skills shortages and improving retention
Diversity, Equity and Inclusion in Energy: 7 ways to be more diverse
Energy skills shortages – why salary gives you a competitive advantage
The three pillars of the Energy Outlook 2021 Report
Attracting talent to stay ahead of the curve
Key energy industry insights for 2021 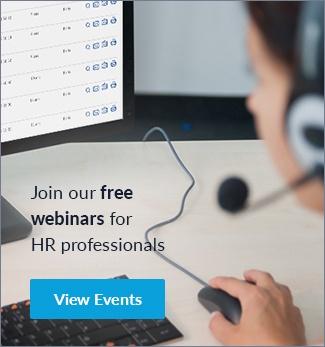